As requested by Tim Chen, a Taiwan University researcher who created a great non-linear image revision system with a GIMP prototype:

the full studio svn database for Sintel has been put online as well. Tim needs this data to investigate how a studio workflow for CG animation film goes in practice, and to check on the feasibility to develop a similar revision system for .blend files. If you check the video, this would certainly provide a revolutionary workflow for teams on films!

There’s also an md5 for the files. The .tar files have been created like this:

The blog is quiet, but there’s still work on Sintel being done here.

In the past two-and-a-half months we worked on getting the film fully re-rendered in 4k, in a resolution of 4096×1744 pixels. When Pablo left back home to Patagonia mid December, Dolf took over his job for the final-final tweaks and solving some render errors. Yesterday he sent the last tweaks to the farm, and we might have today a working version!

Last week I watched with Dolf the full re-render in 1920 wide downscaled png playback, and the detail in the images is just amazing! It also pointed me to the fact our mp4 files here are quite heavily compressed… we should replace them with 800M versions or so.

In the next days (within a week) we aim at publishing the 1920 (“HD”) wide pngs online, so people can play around with compression setups. Please post links to movie files here (ogg, mp4) if you have good ones, then we update it on our mirrors too!

We will also output an original 4k version in 3×16 bits DPX format. That’s been sent on USB drive to our sponsors first, but I know they won’t mind us sharing it. Still would be awesome to have a couple of public screenings of the 4k version announced. Stay tuned!

I do know that on NAB Las Vegas Sintel (in 4k) will get prominently covered. 🙂

Here’s a zip with original un-touched 4k renders. One shot (cave) even has bad AA, but that’s because it was accidentally rendered without FSA. 🙂

END_OF_DOCUMENT_TOKEN_TO_BE_REPLACED 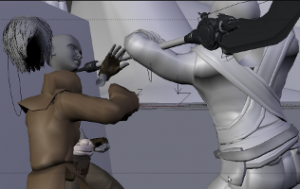 Over the course of the project its come to my attention that as developers we get it pretty easy with lots of encouraging comments from the community, however I worry that we don’t properly communicate the troubles we invariably cause when poking about with Blender.

To this end, here is a laundry list of memorable mistakes we made during the project.
– Campbell 🙂 END_OF_DOCUMENT_TOKEN_TO_BE_REPLACED

In the studio we have a variety of systems: Maqina Xeon workstations, Dell Xeon blades, off the shelf Intel I7’s, older workstations from Big Buck Bunny and our Justa-Cluster i7 render nodes so we thought it would be interesting to compare render times.

The tests below are not as comprehensive as they might be, but since we also use these systems on the farm and as artists workstations we decided to keep it simple.

END_OF_DOCUMENT_TOKEN_TO_BE_REPLACED 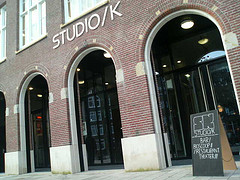 The premiere announcement overshadowed this one, so here’s it again:

To celebrate the end of the project, we will organize a good bye party for and with the team, including a private screening of the film in progress. We will show the film twice, including a sneak peek of the Making Of documentary by Ali Boubred.

This is a private screening, so we’ll work with a guest list. To get on the guest list is easy, just email me (ton at blender org) your Durian DVD order number, and I’ll return your guest list number! With this number and your name you get admission to the theatre. Seems fair for our loyal investors, eh?