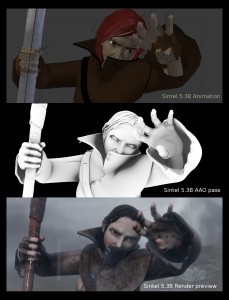 Apart from open and direct community involvement, we’ve also asked a couple of studios and professionals to help us with the film.

Claudio Andaur from Licuadora Studio in Buenos Aires writes a full report on how they have realized one of the great shots in our film.

This entry was posted on Thursday, July 8th, 2010 at 6:38 pm and is filed under Production. You can follow any responses to this entry through the RSS 2.0 feed. Both comments and pings are currently closed.