Freshly arrived from across the Atlantic: Jean-Sebastien Guillemette from Montreal!
He’s going to help us putting the film together: modeling and design, scene layouts, lighting, render, composites. Exciting 🙂

Oh, and I’m back from a 2-week’s holidays in La Palma, Canarian Islands. I’ve spent a week on slowing down and relaxing, and a week on Blender 2.5 code (drag’n’drop). 🙂 One one of my walks there (breathtakingly beautiful green island) I came by Dragon Trees. These are very ancient long living trees that are an important symbol in our film too… 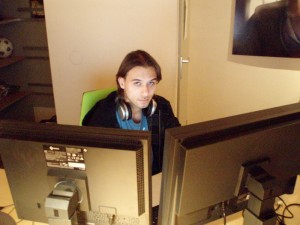 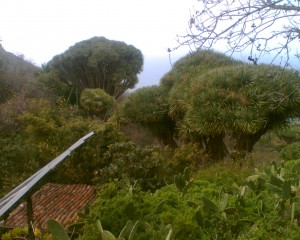 This entry was posted on Monday, January 25th, 2010 at 7:14 pm and is filed under Development, Production. You can follow any responses to this entry through the RSS 2.0 feed. Both comments and pings are currently closed.