Just a brief update on Dragon Baby Model: Stage 2 is in progress and nearly complete. This stage involves further topology refinement & finalizing the model for rigging/animation use.  Here are some quick screen captures of my work in progress… 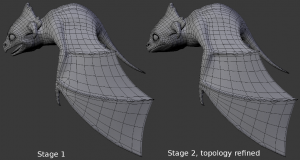 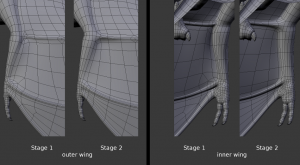 This entry was posted on Monday, January 11th, 2010 at 9:24 pm and is filed under Production. You can follow any responses to this entry through the RSS 2.0 feed. Both comments and pings are currently closed.