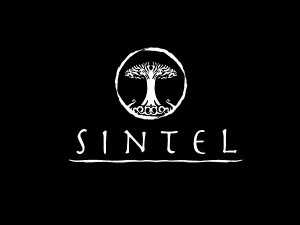 We’re very proud to present Sintel’s movie logo, created by designer Nick Bueltge! We will work with him on a couple of minor tweaks, like for usage in the various cases on shirts, in the film, and for the dvd.

Making this choice wasn’t simple, there were a lot of good proposals. Personally I liked his design for his elegant and very professional styling. The text and logo are slightly feminine and spiritual, which reflects in the film.

Additional good news: trailer is nearly finished… we keep fighting all kinds of nasty technical issues. It’s good on one hand – it improves blender – but it’s also frustrating… hopefully we have it in the weekend for you! We’ll also blog about every detail in making it. 🙂

For everyone who submitted work: THANKS SO MUCH FOR THE DESIGNS, YOU ALL ROCK!

Here’s the thread with all design proposals.

This entry was posted on Thursday, May 6th, 2010 at 3:45 pm and is filed under News. You can follow any responses to this entry through the RSS 2.0 feed. Both comments and pings are currently closed.

97 Responses to “Sintel the logo!”