Here’s another call for community involvement… we need a good quality text+logo for the film. We checked on some initial ideas, like the Sintel text in the header here, combining it with the main symbol in the film, the dragon tree emblem. But it didn’t work out well. I also think a 3D extruded logo is too easy and cheap. We can do better! 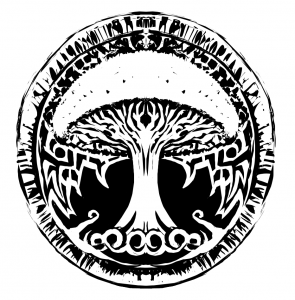 Check the Big Buck Bunny logo for example. It’s a strong visual that works in many situations very well. The ‘flat’ 2D nature of the logo makes it stand out well on top of 3D graphics as well.

What’s not going to be used:
– 3D extruded logos or text
– Designs that have the Blender logo in it, or versions of the Blender logo, or something resembling any other logo!

Reviews will be done by everyone of the Durian team, here. Colin’s and David’s opinions weight a lot, and I will make the final decision. The designer we select will get a prominent credit, and a free Blender Conference ticket + dinner and three nights in a good hotel in Amsterdam!

(BTW: there’s a teaser/trailer being worked on now, that’s why the short deadline…)

This entry was posted on Wednesday, April 21st, 2010 at 5:28 pm and is filed under News. You can follow any responses to this entry through the RSS 2.0 feed. Both comments and pings are currently closed.